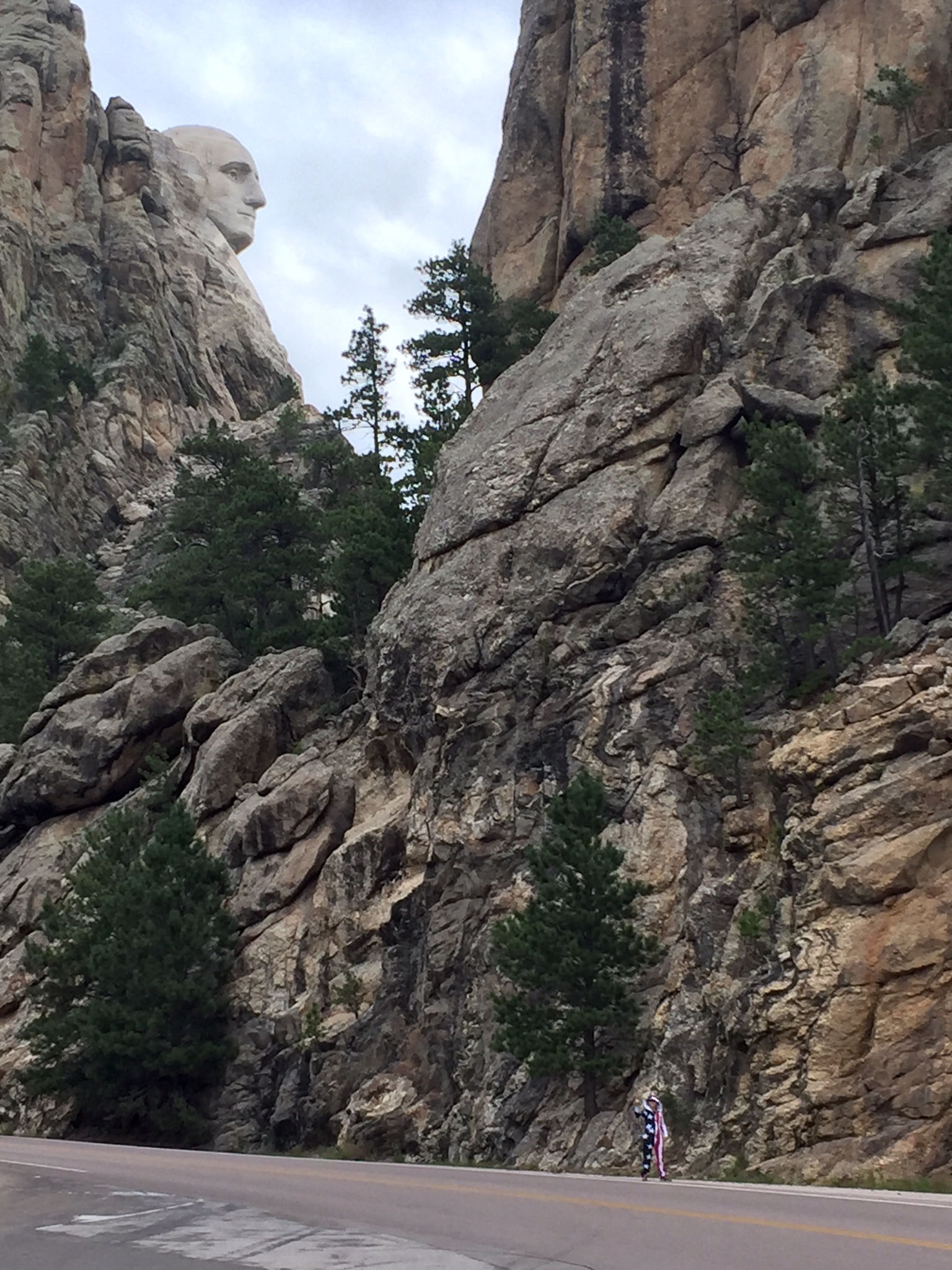 // Mt. Rushmore Road had a new median: rows of bumbling motorbikes. Each with the heft of an antibiotic, force-fed cow. And the same went for their owners, who were parading around like Macaque monkeys in their cheek-perforated leather pants. One of every two bikers tramping around was grossly overweight and the same statistic was applicable to the quantity of bored, stupefied facial expressions on the passersby as they peered into Rattlesnake Jakes, Full Throttle Saloon, and Dakota Leather Outlet.

Cabo San Lucas t-shirt vendors had made the journey north for the month of August, and left behind their beachcombing, shot-sipping and sunburnt gregarious customers for, well, the same. Only this time their patrons digressed to hair metal instead of chicano rap.

They had reassembled their hawker stands with banners loudly pronouncing their menu del dia: Sleeveless Denim, and Gun Pocket Vests (which pictured a sinister pocket knife emblazoned with the American flag).

​Two Polaris mules pulled up and parked, three more inches and they would have made it inside. The drivers were clad in fuzzy house slippers and carried themselves with the implied attitude associated. As the man picked over the merch, he revealed the ink show on his arms: a hollowed skull bedazzled in a headdress next to a PBR. Thirty minutes later I would see them processing behind a skinny Indian boy carrying a wicker replica of a motorcycle.

The absurdity of Custer was soon to be trampled by the Crazy Horse Memorial – yet another monstrous human defection on the granite walls of the Black Hills. This memorial seemed even more outrageous and hypocritical than Mt. Rushmore as it ran contrary to the Native American tenant of good stewardship of natural resources.

// All night long, sleep was interrupted by the rumbling of motorbikes on their pilgrimage. I awoke the next day with an annoyance and desire of flight similar to how one feels at the end of a soured relationship. I had to get out and take refuge somewhere where the sound would not carry or a knife fight would be imminent. The strangeness had also reached another level as an 8 y.o. child had been running through the campground at the break of dawn wielding an axe shouting ‘DIE’. I peered at the map and headed to the nearest trail system and body of water, Sylvan Lake. After a nice respite, it was finally time to head west towards the Badlands.
Beheld on the drive west:

// Everything is gargantuan in South Dakota, the road signs, the parking lots, the baby blue sky. And then, at once, the vastness becomes meticulously fine-tuned. The Badlands is its own space, with its own canon. The sky grays, colors fade into a matte, dusty palette. The crusty earth exposed, frothing up, writhing. Soft yet stolid. Hints of green swaths providing the only depth perception.

If you go:
Horse Thief Lake Campground
Sylvan Lake – Cathedral Spires Trail
Sage Creek Campground – Badlands (enter from the east side of the park)
Castle Trail – Badlands’ longest trail, it’s easy to complete all the trails in one day/ one attempt