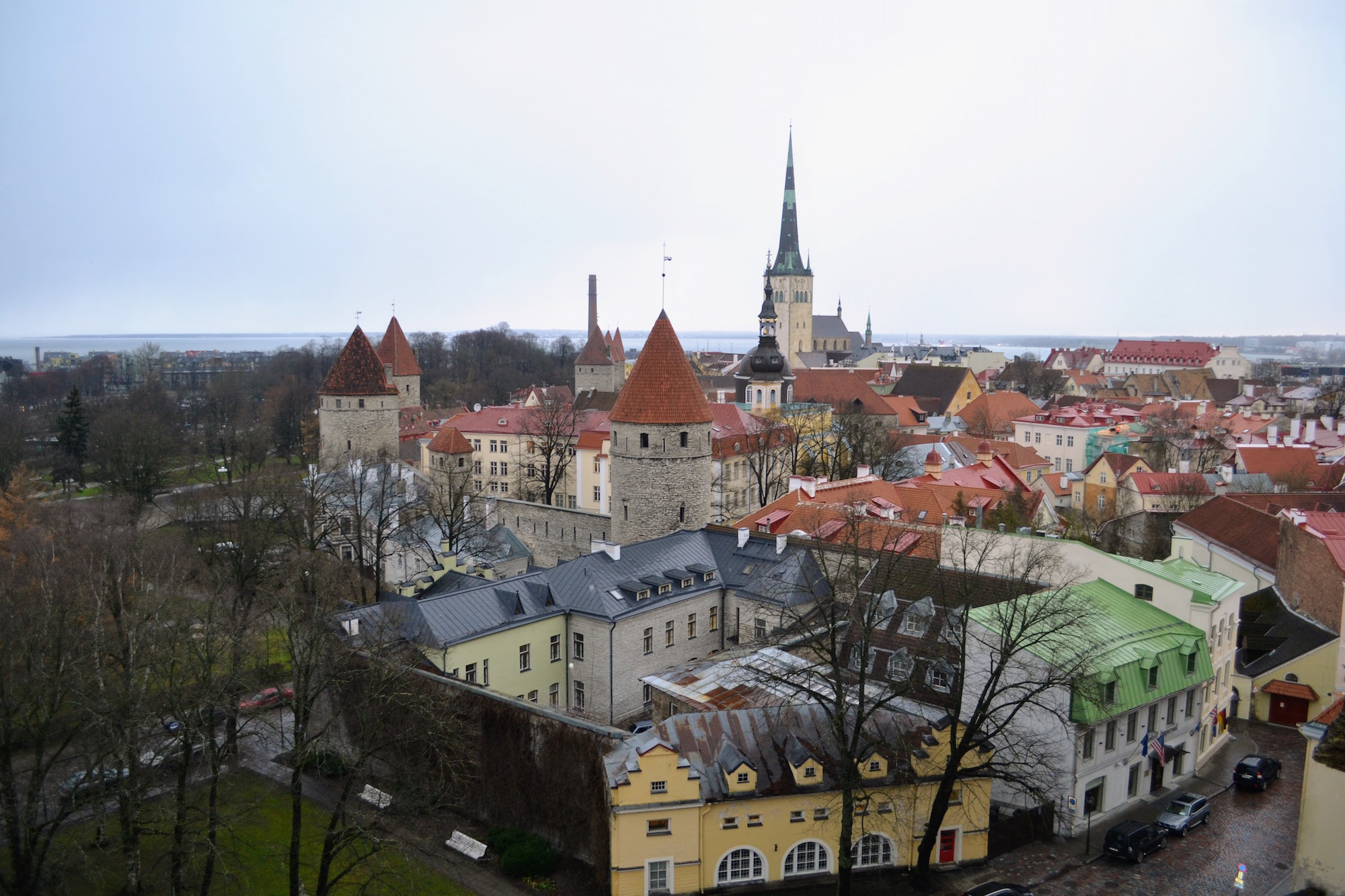 There is a short catalog of Christmas songs repeatedly played all over the world. Imagine that. The same 1957 Jingle Bell tune that plays while you pass off a store-bought Albertson’s pie for home-baked is the same one playing for half a year in balmy Cadiz. Tallinn was no different.

The Christmas Market in Paekoja Plats was a maze of sugar-coated nuts, unruly hair-balled mittens and wooden spoons. In the midst of free samples and overcrowded corridors, everyone who passed had a revolting quality of ‘me-ness’ about them. They moved without any acknowledgement for other passersby, whether it be in their steps or eyes. It was a bizarrely vengeful atmosphere to behold the tune of Christmas music. No one made eye contact or even flinched a smile. A seated woman clicked her unforeseen heels on the cobblestone from beneath a plastic-lined booth, a strange sound among a woolen array of goods.

With somewhat-morbid curiosity, I continued to meander around the selfie-stick tourists.

I wondered, who does this reenactment act work on?

To unfold the layers of Tallinn outside the Old Town, I headed toward Põhja-Tallinn. Past the quotidian babushkas hawking Chinese-knitted scarves to the backdrop of Bremeni Tower. (It’s gritty granite made the patterned, knock-off knits look slightly more appealing.) Through the multitude of fortresses, rounded, wet manicured gardens and barren trees.

The Peeter Suure rajatised, a crumbling, puke-yellow fortress covered in graffiti – illiterate and unimpressive scribbling – was surrounded by a paper mâché moat of burnt brown leaves and globs of mud. The sky was perpetuated with lines of dusty smoke emitting from indiscernible holes atop nearby buildings, from grumbling trucks, from wool-laden old men’s cigarettes. The air smelt of rank,  dead ocean life and long gone port workers’ sweat.

An old woman slugged her carriage through gray clay pits. The same shade as the concrete encroaching on the sea. Her skin. The December sky. The peckish pigeons. The puddles of rainwater. The congruent gray abounded.

As water dripped into my eyes, my shoes. I paused, catching the eyes of a bundled man as we both snatched a ray of partitioned sun. A finite pleasure of winter in Eastern Europe lies in the monotonous cast of dull light, sprawling its long shadows. You can stare directly into the sun’s eye. That is, if you can find it.

Venture out to Telliskivi for food, coffee or a drink. There are tons of places in this area, venture to the side streets or ponder at Sveta Baar.

Metsakalmistu – a huge park with a cemetery amongst a forest.